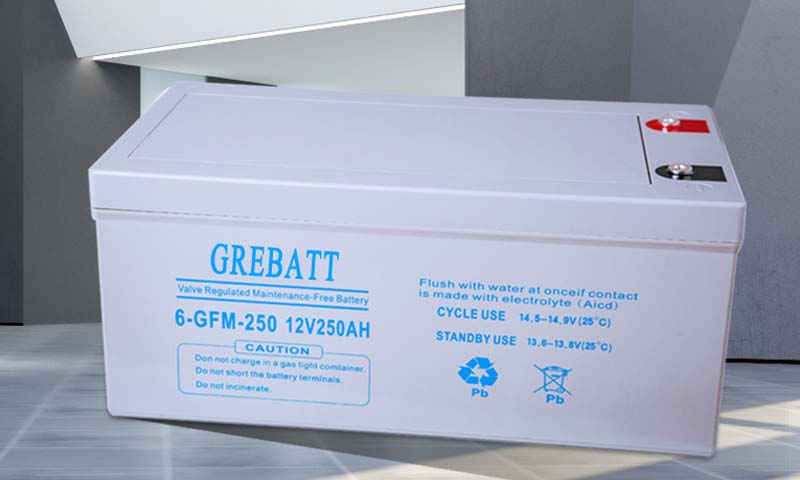 Generally speaking, with 25 degrees as the base, every 10 degrees increase, the life span is reduced by half.

Charging conditions, if often undercharge, charge less put more, then it will soon “broken”, a single cycle of charging should be more than 1.2 times the amount of discharge.

There are factors of the intrinsic quality of the battery, but also the use of the battery method and occasion factors, but more than 80% or because of the electrochemical reaction principle of the lead-acid battery itself. A battery is a power source that can carry out a reversible charging-discharge reaction. After discharge, the material in the battery is converted into a crystal called lead sulfate, which is converted into lead and sulfuric acid after charging, so that the reversible reaction is achieved. However, when the reaction conditions are not complete and sufficient, it is impossible for lead sulfate to be completely transformed, resulting in the accumulation of lead sulfate, thereby reducing the number of substances involved in the reaction, which is reflected in the output of the battery, that is, the capacity of the battery is getting less and less, and eventually the battery will lose its basic function and become a waste. This phenomenon of lead-acid batteries is known as “vulcanization” .

GEL lead-acid battery after a period of time the colloidal began to dry and shrink, produce cracks, oxygen through the cracks directly to the negative plate for oxygen circulation. Exhaust valve is no longer often open, colloidal lead-acid battery close to sealing work, water loss is very little.